In August, Janine, Michelle & Gwen of Nesin Therapy Services took on the opportunity of a lifetime as they made their way to Beijing, China to teach a course to the Chinese Olympic Medical Committee of Physical Therapists. The trio represented the Pelvic Education Alliance (PelvicEA), an organization founded by Nesin Therapy Services in conjunction with Sarton Physical Therapy of Tustin, California.

The opportunity presented itself when a PelvicEA course participant, Dr. Lilian Chen, DPT, OCS, CPI, approached Janine after a California-based lecture centered around the connection between orthopedic and pelvic floor physical therapy. As it turns out, Dr. Chen also happens to be a PT Consultant for the Chinese Olympic Committee, and was quick to invite the PelvicEA team out to China to share their course with the world.

As with most journeys abroad, there were cultural differences that served as learning experiences for the Nesin Team—both in and outside of the courses they were teaching. Below are the 7 most surprising cultural differences that shaped the Nesin Team’s Chinese adventure, making the trip all the more memorable and impactful for all those involved. 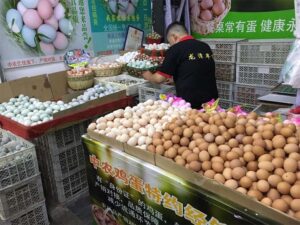 Some really odd foods (and a lot of practice with chopsticks) were introduced during Janine, Michelle, and Gwen’s stay in China. Duck heads, duck tongue, and squid were routine staples in the athlete cafeteria where they ate most of our lunches and dinners. Maybe that’s the source of their strength, but we didn’t venture to test the theory.

On the list of really weird foods they did try:

They subtlety ignored the pig intestine floating in the soup, and fortunately for the gluten-free folks, the sea cucumber was covered in a sauce we couldn’t have. Not one of them could be paid enough to try the skewered scorpions and beetles, however. Check the video clip out in this post from the Pelvic Education Alliance’s Facebook page—they are still wriggling! 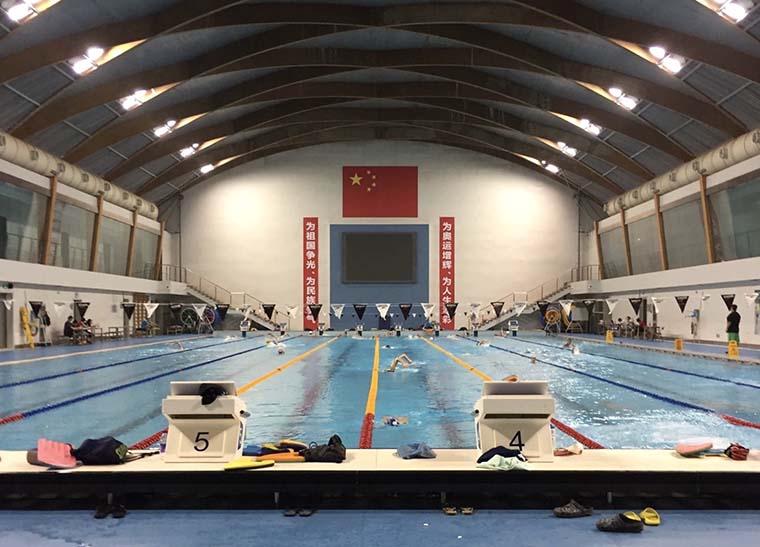 Though the Nesin team was told by the Chinese locals that their commitment to learning Chinese surpassed most visitors before them, their efforts proved to be a little less than practical. When outside of course-related contexts, the ladies realized that most of the words they had learned were all related to physical therapy, which didn’t prove to be entirely helpful when it came to, say, looking for the restroom.

An interesting thing to note is that analogies don’t translate well in the Chinese language. Trying to explain that a person’s body should be positioned “like a tree” produced more puzzled faces than nods of agreement. Still, the courses were made possible through a fantastic interpreter. Janine, Michelle, and Gwen liked being able to pause and collect their thoughts between sentences while the interpreter passed along the message in Chinese!

Beyond the standard, and somewhat expected, barriers of language and food, the Nesin team found the host culture to be incredibly hospitable. Culturally, hospitality is an important practice for them. They take a lot of pride in caring for visitors, and they do it extremely well.

How well? They held two literal feasts in Michelle, Janine, and Gwen’s honor. Janine later mentioned that she has, “…never been an area in the world where we’ve taught where they felt so embraced and welcomed…The students and entire COC staff were amazing hosts. We even had our own bus to transport instructors and students to and from the course every day.”

Check out more photos from the feasts here.

The physical activity levels within Chinese culture are astounding! Check out this video we captured at a local park and “gym” area, where local Chinese folk defied widely accepted standards (at least in America!) of physical capabilities by age. The average age of people exercising in local parks was 65! 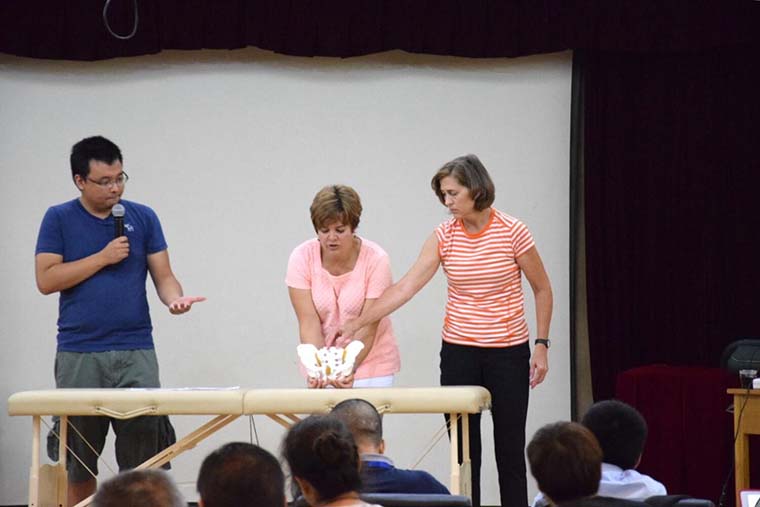 Course participants were very set on the principle that teaching makes both cultures better. This symbiotic way of thinking, to them, meant that learning not only improves the physical therapy realm in their country, but it also allows Nesin to improve their methods as well. To the Nesin team, “It was an interesting, heartwarming experience to be a part of.” 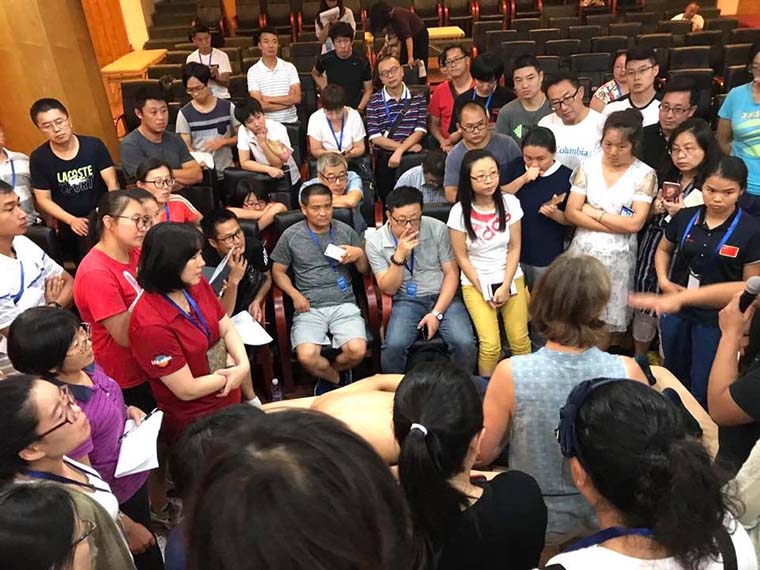 The Chinese commitment to sports excellence was apparent. Coaches, athletes, and supporters keep their eyes fixed on the prize—gold medals. Needless to say, preparation and training is of the utmost importance for their athletes. They have intense training centers for their athletes, and brought in therapists and medical staff from all over China to learn from the Pelvic Education Alliance.

Their commitment to excellence was also seen in the way they learned. Janine noticed that the students watched everything they did with extreme intent. For example, if you shifted your position slightly to get more comfortable, they would observe so closely that they assumed it was sometimes part of the treatment technique itself.

It was also clear that they don’t like to make mistakes, and they weren’t huge fans of a “trial and error” method of learning. It seemed that they instead preferred to observe and comprehend the methods fully before trying it out for themselves. The Nesin team mentions, “They were like sponges ready to absorb information. It was great to see their passion and enthusiasm.”

Overall, the combination of cultures present while teaching the course to the Chinese Olympic Committee proved to be nothing but a positive, humbling, and rewarding experience. Even with the contrasting approaches to learning and lifestyle customs, both the ladies of Nesin Therapy Services and the eager professionals within the Chinese Olympic Committee worked together to make for an extremely successful teaching experience abroad.

In our next post, we’ll jump into the course specifics, identifying some of the favored techniques taught to the committee as well as surprising feedback the Nesin team received. Make sure to subscribe below with your best email address to be notified of our future posts!

To see more photos from the trip to China, be sure to check out and like The Pelvic Education Alliance Facebook Page, as well as that of Nesin Therapy Services.